Elements of a Story

What elements make up a good story, especially a good romance? Consider the First Meet.

To start our story, we usually have a First Meet somewhere in the opening chapter. Here is an example of a unique First Meet, from Tennessee Touch. (This meet actually happened in real life.)
Chapter One
It was the first time Alison had ever talked to anyone on the freeway, at least talked to them in this way. She had to admit, there were some advantages in knowing American Sign Language.
The red Jetta had appeared from nowhere, coming up behind her at a fast clip. Rules of the road demanded that she move out of the far left lane and let it pass.
Knowing she shouldn’t take her bad mood out on other drivers, Alison switched on her turn signal, indicating a lane change. Seattle drivers were usually courteous and a car quickly slowed down, allowing her to move over. She did, and the red Jetta accelerated, moving up beside her.
The young man inside glanced over and thrust his hand through his open sunroof. His fingers flashed, and Alison blinked. What gesture was that? Was he being rude?
No. He was fingerspelling. “Thank you.”
Laughing to herself, Alison responded, lifting her left hand above her half-opened window to sign, “You’re welcome.”
The Jetta swerved, was straightened, then slowed abruptly to hold to her speed. He hadn’t been expecting an answer. She could bet on it.
“Hello. Hello.” He rolled down his passenger-side window, so she could see him better, as his hands formed the words.
Well, hello to you too, Alison thought. This was fun, and she felt her spirits lift. She rolled down her window the rest of the way, so the slightly tinted glass would not interfere with vision.
“Hello,” she signed back to him.
“Nice to meet you.” He flashed a friendly smile, a broad grin that reached from ear to ear.
“Nice to meet you,” she returned.
“Are you from around here?” he signed.
“Yes. You?”
“No. Just visiting.”
Alison glanced back at the road to make sure she wasn’t saying an unwelcome hello to a motorist in another lane, then looked back at the stranger. Intrigued by the conversation, she continued to sign to him.
“I’m A-l-i-s-o-n.” She spelled the letters out.
“-o-g-a-n.” He had started to spell the word before he had his hand high enough for her to see.
“Say again?”
He fingerspelled the letters more carefully this time. “Logan.”
“Got it.” What do you say next, to a person in a car alongside yours? “Are you going far?”
“To the airport. My plane leaves at nine.”
Alison glanced at her car clock. It was only five P.M. “Why so early?”
“Nothing else to do. I don’t know anyone in Seattle…except you.”
“You could go sightseeing.”
“I have. I went to Kirkland and wandered through their art galleries.”
The words actually came out, “Go Kirkland, art house, look look,” but as an interpreter for the deaf, Alison had no trouble with American Sign Language. Using ASL, she had spoken to people across a room, carrying on a conversation uninterrupted by the crowd—but never on the freeway, with their cars traveling side by side down the inner lanes. It was a unique experience.
The freeway. She glanced around, suddenly realizing something was wrong. She had passed her exit.
Also, the cars on her right were zooming by, but the cars behind them were following at the sedate, forty-mile pace they had slowed to. No cars in front of them.
They were holding up two lanes of traffic.

This is the start of their romance, as they take the next exit and get to know each other. 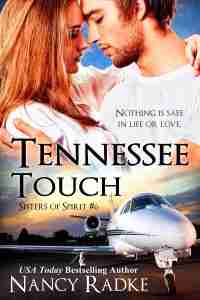 Another First Meet was in my book, Spirit of a Champion. Here the hero gets on the airplane headed to Las Vegas, spots the heroine and swaps tickets with the passenger ready to sit down beside her. A 50 dollar bill makes the other passenger more than willing, and my hero gets a chance to talk to the heroine. He angles for a date, but strikes out when she won’t give him much information. Our hero is not one to give up easily, and he does better the next time they meet. 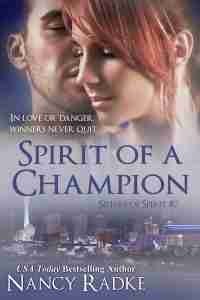 Click here for Spirit of a Champion on Amazon.

Both these books are on the August monthly billboard at https://authorsbillboard.com/ While there, enter our great contest we always run.