For those of you who haven’t seen the 1994 bittersweet Christmas comedy THE REF starring Denis Leary, Judy Davis and Kevin Spacey, I recommend you rent it immediately. Prepare to spend a couple of hours laughing and crying at what is sure to become one of your favorite Christmas movies. 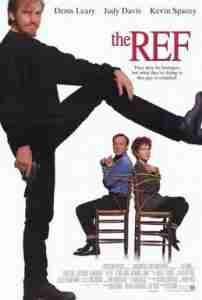 Denis Leary plays an unfortunate cat burglar, who is abandoned by his partner in the middle of a heist, and is forced to take an irritating Connecticut couple (Kevin Spacey, Judy Davis) hostage. He soon finds that he took more than he bargained for when the couple’s blackmailing son and despicable in-laws step into the picture. Before long they’re driving him nuts with their petty bickering and family problems. The only way for him to survive is to be their referee and resolve their differences, before he can be nabbed by the police.

I hope you enjoy my take on the movie that I loved. In my novella, The Re-er-ee, Christmas had become such a chore for the dysfunctional Starr Family that their Christmas tree was drying in a corner in the garage– on Christmas Eve, no less. Logan and Aly Starr were always crazy about each other but allowed work, kids and arguments to invade their once-loving relationship. It didn’t help that their beloved daughter was turning into a sullen teenager complete with eye-rolls and unintelligible mumbles. And her younger brother was so sweet, he made them all feel guilty.

Into their lives comes an unexpected lifesaver. Dylan, who says he’s an eighteen year old entrepreneur is actually fifteen and an accomplished conman. Every mall cop in the city is after him. Dylan loves Christmas. It’s when he makes his biggest scores. He decides the Starr family will be his next target. It could have been a disaster for all concerned. But with the unintended help of the accomplished young thief and conman, the Starr family rediscovers the love and happiness they’d allowed to seep out of their lives. In the process they save the life of an abused kid and celebrate their best Christmas ever. 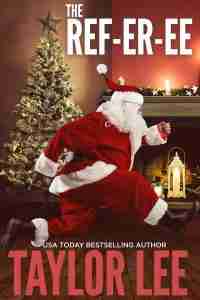 And if undercover agents and rookie cops are your thing, be sure to grab JARED: Book 1; The Justice Brothers Series. On her first mission, Officer Hailey Michels confronts the leader of a dangerous Cartel–only to discover he’s an undercover agent. The rookie cop learns the hard way that when tangling with the Justice Brothers, Justice–like Love– isn’t always fair or easy. 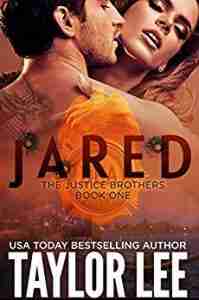