Have you noticed how hard it is to get used to a new year? At least for me it’s always a challenge for the first couple of months when I have to fill in the date. Thinking back of my childhood, it’s hard to imagine I’m in 2020. I mean, back then, that was the future! In one of my favorite movies, Back to the Future, Steven Spielberg had imagined a much more evolved 21st century. According to him, by now we should all travel in space cars, have voice-command appliances, and eradicate most illnesses. Wasn’t he an optimist, back in ’86 when he made the first movie?

While we’re working on technologies that will eventually make all of these things possible, everything is moving slowly. And although we can definitely survive without flying cars and smart refrigerators, our quality of life depends on our health.

When we’re healthy we are unaware of how important this is. It’s only when we’re confronted with illness—or worse, death—that we start appreciating what truly matters in life. I’ve had such a terrible revelation right after Christmas, when I learned that a high school mate of mine died of cancer at the age of thirty-three. The news was shocking for all of us who knew him. We all hoped and prayed for a miracle until the last minute, but in vain. I can only shudder when I think of his poor wife and six-year-old-son, who have to deal with so much grief. I was touched by how many people jumped in to help them, morally and financially. It’s probably not that much of a comfort, but seeing this proof of kindness reassured me there’s still hope for humanity.

It’s a bitter irony that I have just finished a book where the hero is a researcher and fights to cure cancer. Although the book is a fictional suspense romance, a lot of the medical facts are true. With medicine advancing fast, I pray this terrible disease will soon be eradicated forever and stop being a constant threat to us and those we love.

In International Affairs: LONDON, Dr. Gerard Leon develops not one, but two cures for cancer, with the help of Linda, a beautiful and wealthy Italian artist. If in life we’re not guaranteed a happy ever after, one of the things we can do is look for it in books… 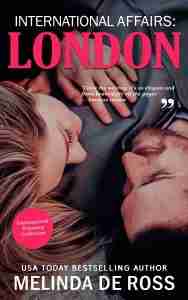 She has the money; he has the brains. In their quest to cure others, can they also heal each other?

Gerard Leon is a physician and researcher. Linda Coriola is an artist and philanthropist. After losing loved ones to this silent killer, they both fight cancer in their own way—her with money, him with scientific breakthroughs.
Neither expected to fall in love, but when they do, it’s hard, fast, and mind-blowing.
But they have a common enemy who will stop at nothing to see them fail. Can they give into their feelings, stay focused on their goal, and live to fight another day?

International Affairs: LONDON is the first book in a new series of suspense romance novels, International Romance Collection. I hope you will love these stories as much as I enjoy writing them!
If this isn’t in your New Year’s resolutions list, remember: stay healthy. When it comes to most illnesses your body will give you signs so you can do something before it’s too late–don’t ignore them! It doesn’t matter that you’ll keep your job, or get that promotion, or keep that relationship, or do whatever you want to do if you won’t live long enough to enjoy them. We can find love, build fortunes, make dreams come true, but the one thing we can’t buy is our health. It’s the most precious thing we can have. Take care of yourselves above all else. ❤ 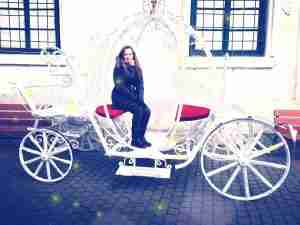 Here’s a photo of me on Christmas Day. I had the best time of my life during the holidays because hubby took two weeks off work, so we spent every minute together. We didn’t go to any parties or fancy events, we just enjoyed our time together cooking, watching TV, staying at home, shopping or just walking the streets and goofing around. 🙂

What do you do when faced with rejection?

Spring is one of the leading times for suicide. Contrary to the popular belief that the cold and darkness of winter, added to the financial crush of the holidays, cause spikes in depression leading to death, it’s actually the promise of summer that seems to be a leading factor.

So is this an environmental issue?

This is from Live Science

There were 38,364 suicides in the United States in 2010, according to the most recent data from the Centers for Disease Control and Prevention (CDC). Those numbers put suicide as the 10th leading cause of death for all ages, and the third leading cause of death for people 15 to 24 years old. The topic of suicide was thrust into the headlines recently with the death of L’Wren Scott, a fashion designer whose March 17 death was ruled a suicide by police.

Women are more likely than men to say they have suicidal thoughts, but 79 percent of completed suicides in the United States are done by men. This is perhaps because men tend to choose more lethal means for suicide: About 56 percent of male suicide deaths are caused by firearms, according to the CDC. In contrast, the most common way for women to complete a suicide is by poisoning (37 percent of cases).

The social explanation suggests people who are vulnerable to suicidal behavior face more challenges when the weather warms and social interaction increases. Alternatively, people who are struggling may feel left out of the increase in social engagements — essentially, they feel that the isolation of winter has withdrawn for everyone except for them.

What can we do to avoid situations like this?

I think a key factor is something my grandmother taught me a long time ago.

“Treat others the way you would wish to be treated.”

You’d be surprised how many fail to follow this basic life lesson. If we just take that moment to listen-really listen- to the people we care about maybe they wouldn’t feel so alone.

I had a friend in my hometown, she thought she had the perfect life. A good job at the bank, three healthy kids, her mother nearby, and a loving relationship with a good, kind man. Yet somewhere, something was dreadfully wrong.

Christmas five years ago, he went outside to the backyard and shot himself.

In some cases I think there’s nothing we can do to change outcomes like these, but what about the other times? The times where a few kind words could make the difference between life and death.

My wish for 2016 is that we all take the time to smile at a stranger. Buy a person down on their luck a coffee or a hot meal. And most of all, don’t take the people you care about for granted- life is too short.

She’s such a nice person. I’ve often heard that sentence, followed by, “Can you do…”

It can be: can you watch the kids for another hour?

Can you prepare the coffee hour for the church?

Can you drive the neighbor?

Are you the nice-nice person who can’t say no?

Are you the shy one who ordered a medium done steak at the restaurant but received a well done and ate half of it silently because you can’t embarrass the waiter?

Are you the wife who gets dressed to go out for dinner, and then says, “Okay I’ll cook something” when dear Joe wants to watch that fantastic game on TV?

Are you the mom who’s always chosen to drive her daughter AND friends to the movies on Friday evening?

I used to be that nice-nice, silly-silly person.

And then I bought several books on how to be assertive and I practiced. And I learned to say, “This steak is so good, but I’m sure the lady in the next table would love it. I prefer my steak medium.”

Or , “Honey, I love it when you take me to that romantic place.”

Or, “The kids were so much fun last Friday. You wouldn’t want to miss their et-together.”

I learned to be assertive while sugarcoating my refusal.

Don’t you hate to be taken advantage of, just because you’re a nice, shy person?

How do you handle the situation?

Mona Risk is a New York Times and USA TODAY bestselling author of sweet–and not-so-sweet–romantic comedies. You can view all her books at www.monarisk.com or sign up for her newsletter. Her latest romance novel, HUSBAND FOR A WEEK is available at Amazon

Husband for a Week is a novella that made the New York Times and USA Today bestseller lists as part of Summer Fire Box.

Jonathan Ramirez values his law practice and doesn’t believe in commitment, especially not to Isabella Cantari, a sassy young woman, who seems to attract trouble wherever she goes. Sicilian vendetta, fake husband, and an irascible matchmaking grandmother complicate Jonathan and Isabella’s lives. Can love conquer all?