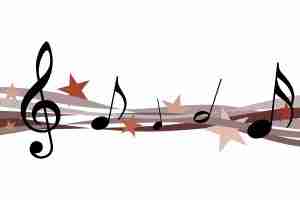 I love music and have very eclectic taste. Depending on my mood, I may listen to anything from a Chopin polonaise to “Killing Strangers” by Marilyn Manson to “Moonlight Serenade” by Glenn Miller to “99 Problems” by Hugo.

My current favorite songs are several tracks from “Lucifer” like “Being Evil Has a Price” by Heavy Young Heathens. In other words, I’m one of those people that probably screws up Pandora‘s “recommended for you” algorithm because I listen to so many different genres and artists.

Most of my books have characters listening to music too. I always make a playlist for a book. I used to include the list in the back matter of my books. I think I’ll start doing that again but make a menu tab on my blog, SlingWords, so readers can find the music that inspired certain scenes if they’re interested.

Dance to the Music 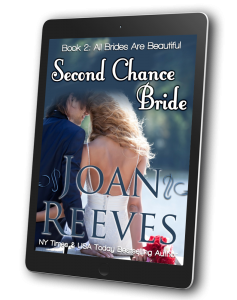 I guess it’s only natural that I also love to dance. My husband and I are always the first to take the floor at any event where there’s dancing. No, we’re not trained professionals. We both just love to dance.

In several of my books, like Second Chance Bride, the hero and heroine dance together. What better way is there for them to be in each other’s arms?

When I write scenes like that, I choose the music carefully. In Second Chance Bride, they’re at a small town Texas festival—we have a lot of them in our small towns—and there’s always dancing in the street.

In this particular scene, they dance to “Crazy” by Patsy Cline, an old country classic that most small town bands play. That song fit everything about the scene from the small Texas town setting to the emotion between the characters. I thought I’d share some of the other songs I’d considered. They’re not in any order like good to best, and this is just half of the other songs on my list that “speak” to slow dance romance for that book. 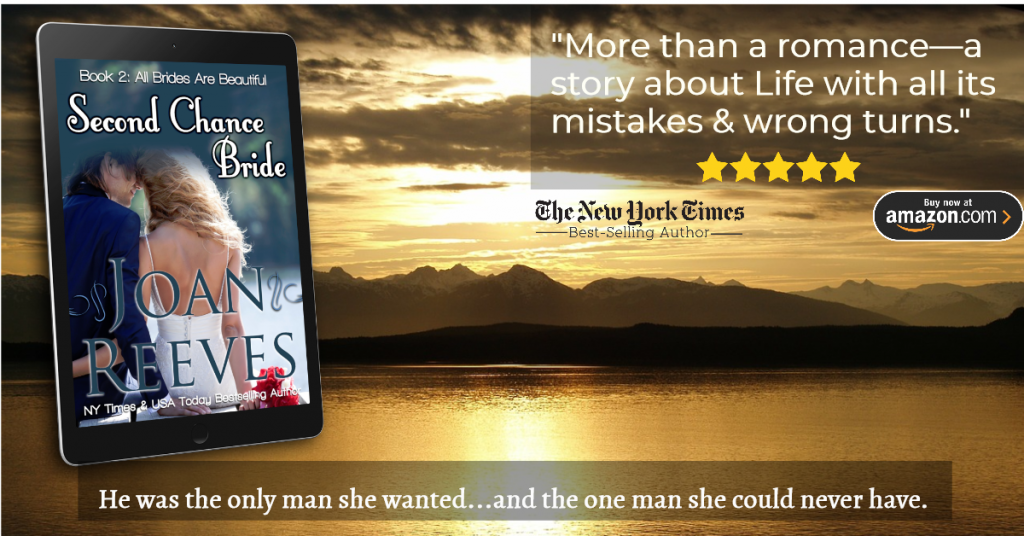 In Second Chance Bride when Constance and Alex (Alejandro) finally overcome all their problems, there is a wedding. I won’t tell you the song that plays as Constance walks to meet Alex to say their vows nor will I tell you the song playing when they kiss at the end of the ceremony. Each song means something to them and to their journey from the beginning of the book to the end.

I get teary-eyed just thinking about it. *LOL* I’m not crazy for feeling that way. Most authors are like me—their characters are “real” people to them.

Second Chance Bride is an Amazon Exclusive. Here’s what a review said:

This is such a lush book. The pacing is smooth, and the plot is engrossing. The reason behind Constance’s move to Lantana Lane is mysterious at first, so I was stunned when I learned what it is. It’s a great plot twist.

Alex/Alejandro is a dear man. The way he encourages and supports Constance is utterly sweet. The best part, though, is how Constance’s past is redeemed. It’s absolutely beautiful. ~ Amazon Review

What Are Your Slow Dance Faves? 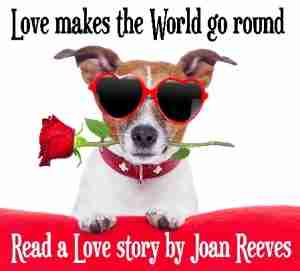 Have you slow-danced with your beloved to any of these songs? Chances are, you have your own list. What songs speak to the romantic within you?

Remember to enter our Rafflecopter and subscribe to the Authors’ Billboard Newsletter where you’ll always find new release and discounted books. 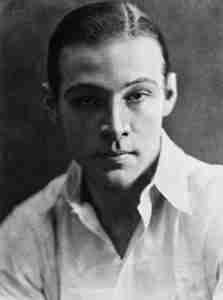 Allow me to introduce you to the world’s first worldwide sex symbol, Rudoph Valentino.

He was the silent movie hero who made women all over the world pant and swoon.

Today is Valentino Day which commemorates his death on August 23, 1926. That should give you an idea of the influence this man’s life and death had on the world.

If you don’t know of this dark-haired Italian with the piercing gaze, ask your grandmother or great-grandmother.

It’s not such a reach to say he was the model for all of the alpha male heroes that appeared on the cover of those early romance novels. You know, the heaving bosoms and thrusting loin covers that made romance authors cringe.

I didn’t know Rudolph Valentino had a day commemorating his death until I was looking at one of those “Today in History” websites. The fact that he does have a day dedicated to his memory is testament of his influence on popular culture in his era.

He starred in The Four Horsemen of the Apocalypse, The Sheik, Blood and Sand, The Eagle, and Son of the Sheik. Women cinema-goers fell in love with Valentino’s portrayal of the alpha male hero. In today’s world, we would consider him a misogynist at best. 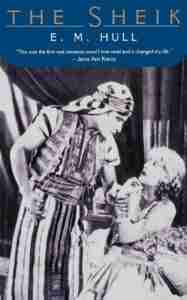 The Sheik, a 1919 novel by E. M. Hull (Edith Maude Henderson Hull), was a huge worldwide bestseller so women were ready for a visual representation of the man. Cast as the Sheik of the international bestseller, Valentino breathed life into the the brooding alpha hero.

If you’ve ever read the book, then you know that the sheik rapes the heroine repeatedly. She broods on how much she hates him and eventually manages to escape. She is recaptured by him. As they ride back to camp, she comes to the sudden realization that she is in love with him!

Gag me with a spoon! Although the language from that era is restrained and the rapes happen “off screen,” the idea is abhorrent to me. The book is not my idea of a romance, but it’s certainly a picture of gender roles and attitudes about sexuality of that era.

Valentino’s portrayal firmly entrenched the desert romance or sheik romance, as a popular trope in romance fiction that is still mined today. Fortunately, most contemporary books using this trope in various guises eliminate the rape part of the scenario.

Who Was Edith Hull? 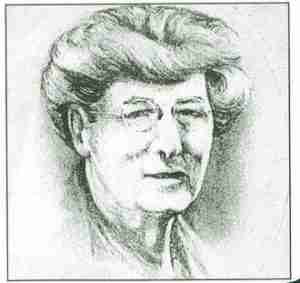 Ms. Hull wrote several more novels with desert settings. They were some of the most popular commercial fiction of that era. I’ve heard several popular romance authors of today cite The Sheik as the most romantic book they ever read. The book is still being reprinted and sold. You can find it on Amazon if you’re interested.

Mrs. Hull began writing when her husband, a civil engineer and later a prize-winning pig farmer, was serving in World War I. The Sheik was actually her first book and was published in England in 1919. It quickly became an international bestseller. Publishers Weekly listed it as a top ten best seller in America for 1921 and 1922.

Gasp! How Many Books Sold? 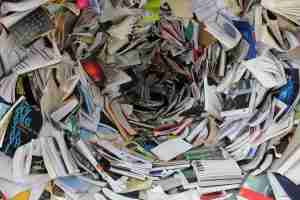 The book sold over 1.2 million copies worldwide. Just think about that. This was an era without television, internet, social media, etc. Those sales came mostly from word of mouth–woman reader to woman reader.

Sales increased even more when Paramount released the movie version in 1921. That sent Rudolph Valentino into immortality–the Latin Lover, the greatest “lover” of the silent screen as he was proclaimed.

By 1923, the novel had published well over 100 editions. Sales surpassed all other best-sellers combined! Her novel wasn’t the first desert romance. Robert Smythe Hichens and Kathlyn Rhodes had broken ground with the desert romance genre, but Hull’s book proved to be the most popular and influenced romance writers who hadn’t even been born yet.

Ms. Hull continued to write into the 1930s, and her 1925 novel The Sons of the Sheik was also a tremendous success.

Ditto for the film version Son of the Sheik, which again starred Valentino.

Later in life, Ms. Hull said her only regret was that she had sold the film rights for her novels for too little money. (Sounds like a familiar complaint.)

Back to Valentino aka Mr. Sexy 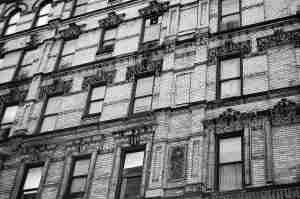 Valentino had applied for American citizenship shortly before his death. On August 15, 1926, he collapsed at a Park Avenue hotel in Manhattan and was hospitalized.

Doctors determined he had appendicitis and gastric ulcers and operated immediately. After that, perforated ulcers mimicking appendicitis were referred to as Valentino’s Syndrome. Then he developed peritonitis.

His condition continued to deteriorate until he developed pleurisy. His doctors knew he wasn’t going to make it. Back then, it was common practice not to tell the patient or family or anyone that news. It’s said on the day he died, he briefly became conscious and talked with the doctors about his future. Then he lapsed into a coma and died a few hours later at the age of 31. 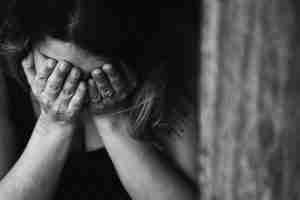 Upon notice of his death, mass hysteria ensued, greater than happens today upon the untimely passing of an iconic celebrity.

A crowd of over 100,000 people lined the streets of Manhattan to pay their respects at his funeral. Suicides of despondent fans were reported. The next day a riot broke out that required most of the NYPD to control it, and police had to line the streets for the remaining days of the viewing.

After a funeral mass in Manhattan on August 30, his body was transported by train to California where another funeral was held in Beverly Hills. Want to know more about Valentino and his effect on popular culture? Read this.

In our time, the most popular alpha hero is a man who can walk on the wild side yet be a polite gentleman to women. 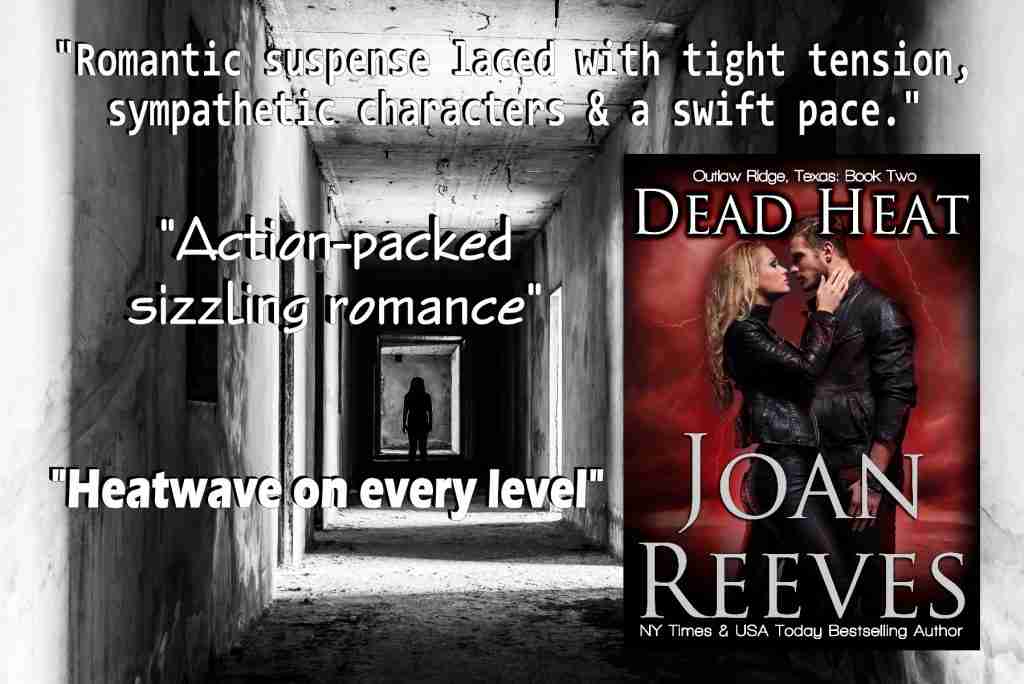 John Galloway, the hero in my romantic thriller Dead Heat is that kind of alpha male–a Navy SEAL who will do whatever it takes to protect those he loves.

As you swoon over the latest hero in a romance novel, just think–he wouldn’t be there if Edith Hull hadn’t written The Sheik, and Rudolph Valentino hadn’t breathed life into the character with his performance and made the world of women readers and cinema-goers sit up and take notice.

You’ll find my her next book in the Love, Christmas 2: Movies You Love Holiday Collection. 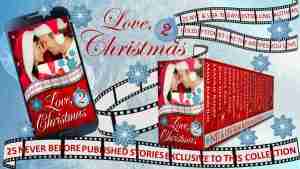 Sprinkle a little Christmas magic into your life with 26 ALL-NEW, never before released romances. This collection is available for pre-order now. It’s going to be HUGE so order your copy today!