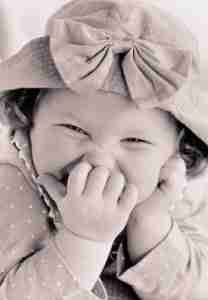 Life has been rather grim lately, hasn’t it? I thought I’d give you a chuckle or two today and maybe lighten your mood with a list of Laws of Life.

Maybe, you’ll find something here that will make you laugh like a baby whose feet are being tickled.

Everyone knows about Murphy’s Law: “If anything can go wrong, it will go wrong.”

Did you know there are a whole bunch of laws like this? Here are a few I found. You may have  experienced some of these first hand, but didn’t know there was a name for it. So, check out these Life Laws and get ready to chuckle.

1. Law of Mechanical Repair
After your hands become coated with grease, your nose will begin to itch. And you’ll have to pee.

2. Law of Gravity
Any nail, screw, nut, bolt, or tool, when dropped, will roll to the least accessible corner. This is especially true if you’re standing on a ladder.

3. Law of Probability
The probability of being watched is directly proportional to the stupidity of your act. 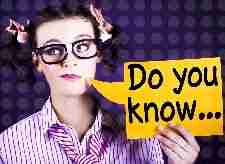 the Women’s Law of Close Encounters

4. Women’s Law of Close Encounters
The probability of meeting someone you know increases dramatically when you are out without makeup, dressed in ratty workout sweats, and your hair is a mess.

5. Law of Biomechanics
The severity of the itch is inversely proportional to the reach.

6. Law of Coffee
As soon as you sit down to a cup of hot coffee, your boss will ask you to do something which will last until the coffee is cold.

7. Law of Physical Surfaces
The chances of an open-faced jelly sandwich landing face down on a floor are directly correlated to the newness and cost of the carpet or rug.

8. Law of Logical Argument
Anything is possible if you don’t know what you are talking about.

9. Law of Variation
If you change lines at the bank, or lanes in traffic, the one you were in will begin to move faster than the one to which you moved.

10. Law of Commercial Marketing Strategy
As soon as you find a product that you really like, they will stop making it. 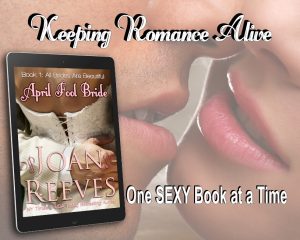 Is it a marriage of convenience or something more?

Oil heiress Madeline Quinn needs a husband by the time she turns twenty-five in order to claim her full inheritance. Mad Maddie, as the tabloids christened her, has learned the hard way that men only see dollar signs when they look at her.

She decides a marriage of convenience is the only answer and turns to the one man in the world she can trust, her housekeeper’s son who always treated her like a little sister when they were growing up—until one disastrous night when she acted impetuously.

Jake Becker hasn’t seen Maddie since the night she tried to seduce him. Why should he help the woman who changed the course of his life? Simple. Revenge. 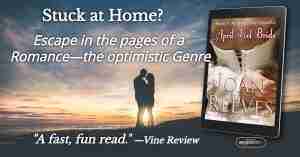 Or is it something else? Something that sizzles like steam heat between Maddie and Jake that neither can resist!?

April Fool Bride is a free read for Kindle Unlimited Subscribers or buy for only $2.99 and keep it forever. (I always hope readers will add my books to their Keeper Shelf. *g*)