November is such a special time each year. The cool crisp air and shorter days bring us to a time where we can slow down. Relax a little. And be thankful for what we have.

This year of 2020 has been both a different and a difficult one. We have seen “unprecedented times,” and tragic situations, but there also have been blessings.

Here are a few:

I’m also thankful for my readers who continue to enjoy my books and support me!

Wishing you a safe and Happy Thanksgiving full of everything you are thankful for.

If you love puppies and the holidays, be sure to pick up a copy of my sweet, inspirational holiday romance, A Christmas Puppy To Cherish at the special price of only 99¢! Also available in paperback and Large Print Paperback. 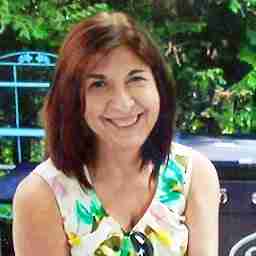 I’m thrilled that my new sweet holiday romance, A Chocolate-Box Christmas Wish, is 1 of the books in the fabulous Dear Santa Collection.

I wanted to write a story centering around the characters in my “Chocolate-Box” series, and chose a character from a previous book, Cora, plus a new character, Patrick, to share a winter holiday romance with you.

What’s on Cora Carpenter’s Christmas wish list this year? A new vacuum cleaner—and no dating for the foreseeable future. But a stranger’s warm smile and perilously blue eyes makes her wonder if she can forget the pain and humiliation of her past.

Betrayal and a broken heart sent anchorman Patrick Gervez looking for a fresh start. Cora’s pretty amber eyes make him wonder if she’s a forgotten dream come true. Except she’s as skittish as tinsel in a windstorm. The only way to help her forget her heartbreak, is to convince her to forgive. Especially herself.

Can a world-weary anchorman and a hometown girl heal their broken hearts to find the one thing missing from their Christmas wish lists—forever love?

Be sure to pre-order The Authors’ Billboard’s 2020 fabulous Christmas Box Collection, DEAR SANTA today! The set is filled with 18 brand new stories about characters who have special wishes to ask the big guy during this season. Only $.99, and the collection will be delivered straight to your inbox on October 27th.

England, in fact all of the British Isles, are beautiful and intriguing. Ancient to modern often stand side by side. The countries of England, Scotland, Ireland, and Wales at one time ruled independently. Kingdoms were eventually joined, yet each remains unique and distinct.

There is mystery, too! The story of King Arthur and the Knights of the Round Table were real.

Some believe that Tintagel Castle in Cornwall, is where King Arthur ruled. His sword, Excalibur, is guarded by The Lady of the Lake in Dozmary Pool, on Bodmin Moor, if the legends are to be believed.

Some of the most beloved authors, poets, and playwrights are from within the borders of the British Isles. From Jane Austen, who told of the lives of the upper-class society during the Regency Period, to Shakespeare, whose plays are often reimagined into movies.

And then there is Mary Shelley the author of Frankenstein.

Architecture, old and new is often found side by side. The Tower Bridge, often incorrectly called London Bridge, was built in 1886. Along the banks of the Thames is the London City Hall, an ultra-modern glass egg, shaped building.

From castles to landscapes, museums, and theaters, there is history around every corner.

Be sure to snag your copy of Seeking Fortune. Available in ebook, paperback, audiobook, and Large Print Paperback. FREE on Kindle Unlimited.

Why not celebrate chocolate? Typically, it’s a Valentine’s thing, but let’s face it, this year has thrown us a LOT of curveballs. An August celebration of creamy, delicious, delectable chocolate is in order and well deserved.

Chocolate was first used as a fermented drink around 400 BC. The Aztecs believed the cacao seeds were a gift from the god of wisdom, Quetzalcoatl. The seeds were thought to be so valuable they were even used as currency. While the history is interesting, here are some ways you can ENJOY chocolate:

A childhood favorite and staple is Chocolate Chip Cookies. Enjoyed with a glass of milk, it seems they can make any little problem fade away. Just the smell can bring you a sense of comfort.

I am sharing this delicious recipe today. Perhaps you can bake a few cookies and revisit your memories around these delightful treats.

Cream the butter until fluffy. Add the brown and white sugar, cream until blended. Mix in the egg and salt. Next, add all the dry ingredients and mix thoroughly. Finally, fold in the chocolate chips. Also known as, the yummy goodness!

Form into small balls, place on your baking sheet, leaving room for them to spread out and bake for 10 minutes. Serve with a glass of milk, for dipping, if desired. 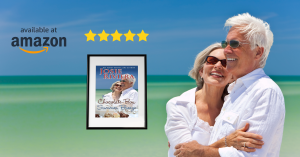 A Chocolate-Box Summer Breeze, my sweet contemporary romance and the 4th book in my reader-favorite Chocolate-Box Series, is only 99¢ for a limited time.

A disillusioned widow longing for a change. A hard-working truck
driver looking for love. Will Emily and Joe find their happily-ever-after in a
forgotten summer breeze?

Grab your copy today before price goes up. Also available in Paperback and
Large Print Paperback.