She Belongs to Me by Carmen DeSousa A passionate novel of love, betrayal, and obsession, She Belongs to Me will have you falling in love and wondering if you can trust anyone right up to the last page.

Charlotte police officer Jordan Monroe is used to being in control. Ever since his father died, he has provided for his mother and sisters and even hired his two brothers-in-law to help run his successful construction company. On a chance business trip, however, he meets the one person who throws his life into a whirlwind–Jaynee.

Jaynee has lived a tragic life and has sworn off all men. That is until a rugged southern gentleman lands in her seating area, refusing to take no for an answer. From the moment they meet, Jordan sweeps her off her feet, assuring her that happiness exists. But can she really escape her past?

Five years later, Jordan finds Jaynee on their back porch with a gunshot wound to the head. While Jaynee lies in a coma, Jordan has to go back to their beginning and figure out what went wrong. Did he push his wife to the edge, or has her past come back to haunt them? Bargained away to a brothel, she is beyond hope, beyond rescue … but not beyond the reach of the one man who can save her.

He’s hurt her in the past. Can she trust her heart to him again?

During an age of chivalry they were sweethearts, planning a future together in England.

Headstrong and proud, Catherine Sudfield remembers everything about Stefan Boswell. And she loved him in spite of his poverty and lack of nobility. The restless Gypsy rogue’s powerful good looks and promises of love were more than enough to satisfy her youthful dreams.

But then Stefan left without a word, and Catherine’s uncle bargained her off to a brothel.

Sometimes, bonds between a man and a woman, however young, are meant to last a lifetime. But will it take more than a dose of Gypsy magic to chase away the doubts between two guarded lovers.

Twilight’s Encore by Jacquie Biggar ~ Free until June 26th only!

Ty Garrett fell in love with Katy Fowler as a young adult. Her father’s betrayal yanks the couple apart, and Ty turns bitter.

After a decade away, Katy returns to Tidal Falls with plans to get married in her family’s theatre. But she never expected to run into Ty Garrett, the boy she’d never forgotten.

When a series of sabotages wreak havoc on the theatre and danger threatens Katy’s life, can Ty save her and win back her love, or is it too late for these star-crossed lovers?

Who doesn’t love FREE eBooks? No one I know, that’s for sure! Click the covers (or the links) below to download your free copy. Download one or two or all of them. There’s no purchase necessary in order to take advantage of this offer. The writers at Authors’ Billboard love it when readers enjoy our work. Nothing can make Native American Mat Makwa give up being a New York City police officer… except one little girl—all alone in the world—who needs a father. Returning to his Kolheek reservation to take on the safer job of sheriff of this small, close-knit community, he never expects his heart might be in danger to school teacher Julie Dacey. FREE June 16th – 20th. Click here to download a Kindle copy of AN HONORABLE MAN.

Find all the books in the Black Bear Brothers by clicking here. After a stranger appears on their doorstep late one night, a picture-perfect family takes a side-trip to crazytown in this story of a soldier’s last chance at love. Download your FREE copy of THE JADE EMPEROR. After surviving a horrific car crash, Brooke Malone is ready to start over. The last thing she wants is the distraction of a relationship. Least of all with a sexy more-than-perfect coworker who is adamant about needing to help her. Download your free copy of ROAD TO RECOVERY today.

Find all the books in The Road Series by clicking here. For six years, Ember has closed off her heart, moving from one man to another, trying to feel something other than her own pain and guilt. Plastic surgeon Colt Barnes offers Ember a challenge meant to get her to view herself in a new light–and it’s a challenge that will change both their lives. Download your FREE copy of CURED now.

Click here to learn about all the titles in the Heal Me Series. Indulge in snippets from the epic tale while discovering how LOST – the lusty and indulgent eighteenth-century time-travel romance – changed the lives of several twenty-first century men and women: a gay detective, a crew of nurses, inept crooks stuck in Alaska, a British lord with the wife from hell, and several other very interesting people who are destined to be in each other’s lives. Download a copy of LOST by clicking here.

Find all the books in The Fairies Saga by clicking here. A virgin librarian with hot-chick potential, the conflicts in her story won’t let you put the book down. Be prepared for an all-nighter…  Download a FREE copy of RETALIATION today!

Look for all the titles in the Her Sweet Revenge Series by clicking here. 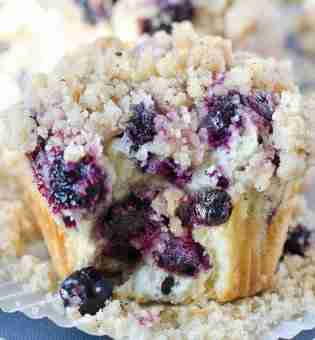 Because September has arrived with its cooler temperatures, we can turn on the oven and begin baking again. (Baking is a favorite pastime of mine!) I’m using this recipe for Toe-Curling Blueberry Muffins in a new novella I am currently writing. The recipe will be included in the book, but I just couldn’t wait so I’m posting it here. Blueberry muffins with crumble topping are my favorite. These are easy to make. If you decide to give this recipe a try, I hope you’ll let me know if they make your toes curl!

For the muffin batter:

I currently have 2 wonderful deals to offer you.

The first is a FREE download – FOLLOWING HIS HEART is available free (through Sept 5th only!) for Kindle, Nook, iBooks, Kobo, and Google.

The second is a savings of $3.00 off the regular price of RECLAIM YOUR HEART. You can download the Kindle version of the book for just $0.99 through Sept. 30th. 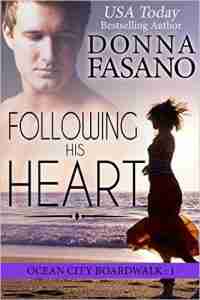 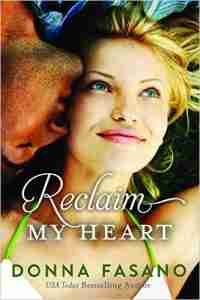