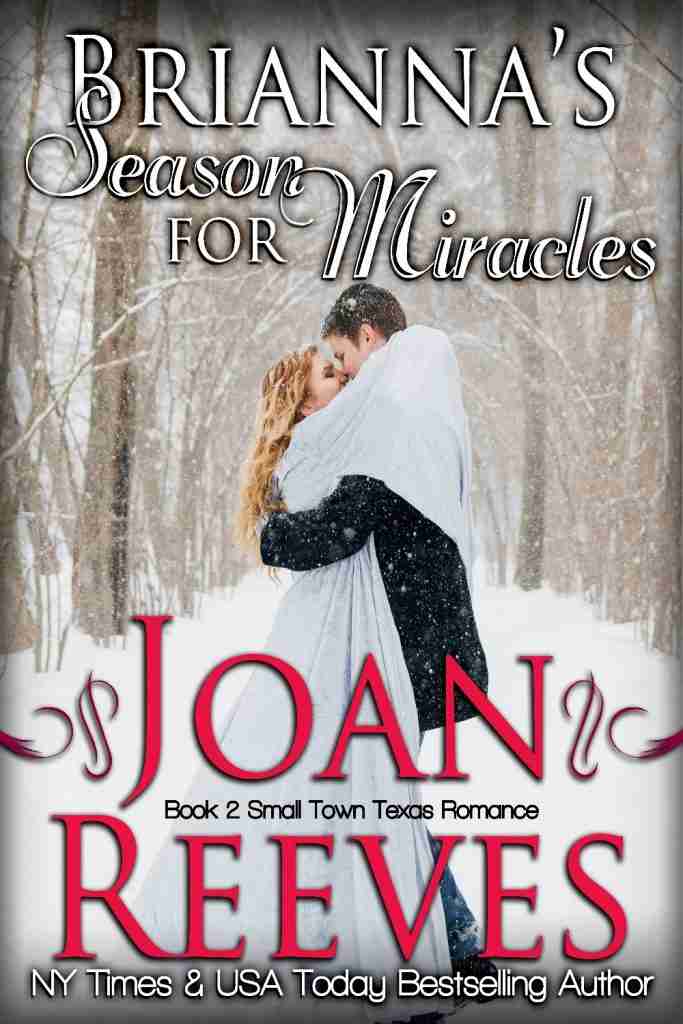 I’m happy today is my turn to tell you about Brianna’s Season for Miracles, my book in the wonderful Love, Christmas 2 Holiday Romance Collection.

Brianna’s Season for Miracles is a sequel in every way I suppose since it is a sequel to Last Christmas, Book 1 of my Small Town Texas Romance series which appeared in the all first Love, Christmas Collection: Songs of the Heart.

Brianna Walker was introduced in Love, Christmas 1, and she was–well, let’s say she wasn’t a very nice woman. In fact, just about everyone in the small town of New Estacado disliked her.

I actually received email about Brianna after Last Christmas came out. Everyone hated her. When I decided to make her the heroine of my romance for Love, Christmas 2 Holiday Romance Collection, I knew I had a tough job ahead.

I wanted my romance for LC2 to be an homage to one of my favorite Christmas movies, Season for Miracles. At first, I thought it would be a miracle if I could make Brianna liked and understood, but I knew the underlying truth about Brianna: why she acted the way she did and what her facade hid from the world.

I don’t want to spoil what I built up in the story to be a surprise, but I will tell you why I chose to write this kind of story. Because so many people have something they’ve struggled with all their lives–something they’re hesitant to confess except to the closest of friends. Sometimes this something is so shameful IN THEIR OPINION that they don’t want anyone to know. 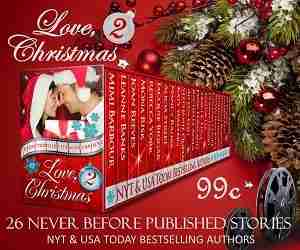 Some Secrets Can Damage

The more powerful the secret; the more it rules one’s life.

In Brianna’s mind, her secret is the bane of her existence. She’s always done everything she could to hide it.

Even when she finally confronts the issue and does something about it, she still feels the need to hide. She still sees herself as this imperfect woman.

Like many smart people, Brianna found ways to cope that don’t reflect who she really is, but she finally realizes the woman the world knows is not her authentic self.

Last Christmas was the last straw for Brianna Walker. She hated her life and decided if she wanted her life to be different, she had to change. She ditched her so-called friends and the seductive persona she hid behind. She knew changing her habits and behavior patterns wouldn’t “fix” her, but she had to start somewhere.

When her father demands she come home for the holidays, she’s afraid she’ll revert to old habits to deal with social situations that always terrified her. Then she meets Daniel Kelly. 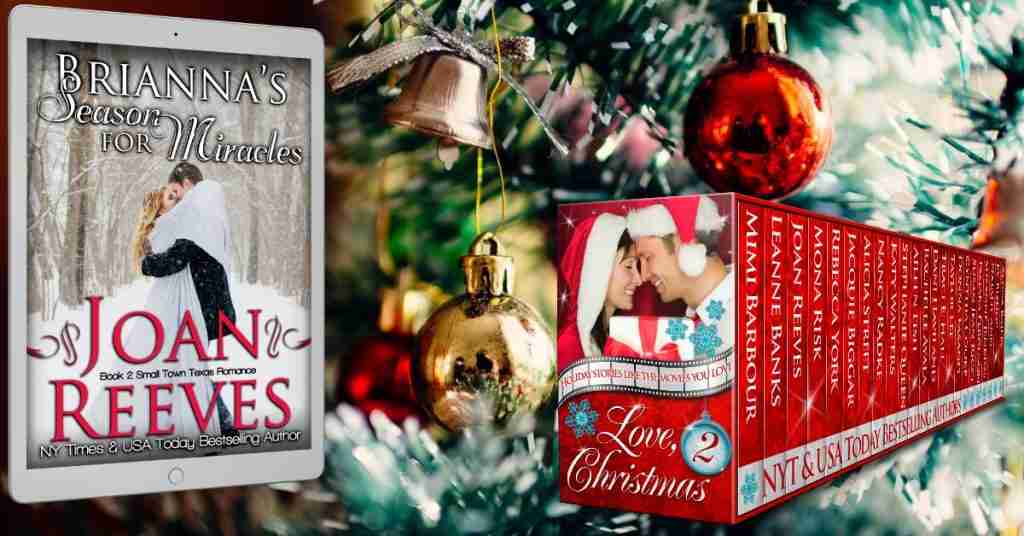 His warmth and kindness—qualities she’d never found in any of the men she’d dated—attract her. To her surprise, she finds his intelligence, courtesy, and niceness enormously appealing—and sexy. She usually avoids men like him for fear she might want forever out of the relationship. Daniel would never want forever with her if he truly knew her, but knowing that doesn’t stop her from falling for him.

Daniel already knows the secret Brianna is hiding. He also knows he shouldn’t complicate the situation he’s in, but the attraction between them is hot and sizzling.
What will happen when Brianna realizes Daniel has a secret too?

This was a hard story to write, but I really loved the characters and it seems readers do too. I hope you’ll love it and all the other stories in Love, Christmas 2 Holiday Romance Collection. 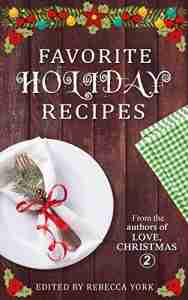 Our Gift to You

Remember, to pick up your free copy of Favorite Holiday Recipes. Each recipe appeared in one of our books in Love, Christmas 2.

Did you know we are running a giveaway? Are you interested in winning a gift card or a free book? Click here to find out more details on this month’s contest. When I was a kid, my family didn’t watch a lot of TV. My parents were very firm about us: A) not “wasting our lives staring at the boob tube like zombies,” B) being productive, a.k.a. doing a lot of chores and doing well in school, and C) socializing as a family and playing outside.

They also had clear guidelines and notions about what constituted “acceptable and appropriate” viewing.

I’m making my parents sound very . . . un-fun. Really, nothing could be further from the truth. They were strict (sometimes, aggravatingly so), but they were also supportive of our hobbies and passions, read to us a lot, played with us a lot. And when we did watch television, it was an event. (Our weekly Disney-viewing tradition remains one of my treasured family memories.) “Movie night” became a bi-monthly or so thing when I was nine or ten (when VCRs became popular—and most people just rented them because they were so expensive). After getting movie-pic feedback from my mom, my dad would go to the local video store and pick out a “kids’” movie (usually animated),  a “family” movie (often a Disney classic, like the original “Parent Trap,” or “Old Yeller,” and an “adult” movie (not that kind of adult, LOL. Get your minds out of gutter!) for him and my mom to watch after we went to bed.

My mom would make homemade pizza dough and put out every kind of topping you can imagine, and each of us kids would get to create a personal pizza with our own version of topping heaven. As they cooked and cooled, my dad would make huge stainless-steel bowls of popcorn—one each!—that he popped in a heavy-bottomed pot on the stove. Us kids would get our pajamas on and collect our stuffed animals and “snugglies”—quilts that zipped up like sleeping bags but that had holes for your face, hands, and feet.

Then pure imagination plus carb overload delight would reign! For an hour or three, we’d be caught up in the hilarity or heartbreak (or both) of whatever that evening’s viewing entailed.

One year, near Christmas, my dad came home with “A Charlie Brown Christmas”—and I, being a huge Peanuts™ freak, practically lost my mind with glee, doing my own ecstatic spinning version of Snoopy’s happy dance.

Sweet and sentimental, funny but also a little melancholy and blue initially, it captured the feeling of Christmas so well to me, even as a young child. Earlier this year, when I received the exciting invitation to be part of this amazing box set of Christmas romance novels, Love, Christmas 2, where each story was to be somehow inspired by its author’s favorite Christmas movie, there was no question in my mind as to which movie my book would somehow incorporate: “A Charlie Brown Christmas” all the way!

And just as instantly, Sharla Brown—who’s really tired of the Charlie Brown jokes she’s endured all her life because of her name—sprang into my head. “A Charlie Brown Christmas” is her favorite Christmas movie for all the same reasons it’s mine. She and I hope you love her story—and all the rest of the merrily festive, heartwarming Christmas romances in Love, Christmas 2.

Wishing you a lovely fall and cozy winter, full of wonderful “small” things that really are huge: family, friends, pets, love, and laughter. (And, of course, good books!)

P.S. If you haven’t pre-ordered Love, Christmas 2 yet, do it quick! ?  I’d hate for you to miss out on the fabulous pre-order price! ? Ev Bishop lives and writes in a remote small town in wildly beautiful British Columbia, Canada—a place that inspires the setting for her cozy sweet romance series, RIVER’S SIGH B & B.

In addition to writing novels—her favorite form of storytelling!—Ev was a long-time columnist with the Terrace Standard and is a prolific scribbler of articles, essays, short stories and poems. To see her ever growing body of work, please visit her website.

When Ev’s nose isn’t in a book or her fingers aren’t on her keyboard, you’ll find her hanging out with her family and dogs, or playing outside with friends, usually at the lake or in some garden somewhere.