Life is about choices.

Really. It is.
Not only small choices, such as what should I wear to work today?
Or bigger ones such as: Should I even go to work today?
Or even bigger ones: Should I tell the boss to shove it, sell everything I own, buy a Harley Davidson, and tour Route 66? Without a GPS?
Okay. Maybe today isn’t the day to make decisions that extreme, so let’s do this instead. 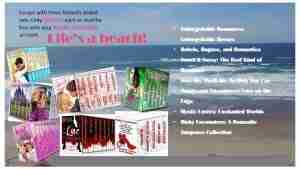 Pick at least one of these romance box sets and live a life that isn’t yours vicariously. You won’t cause any harm. Or go bankrupt. Or get lost. But you’re sure to fall in love. At least once.
Would you like to snuggle with a detective who also happens to be a werewolf? Or maybe a reborn Egyptian god? Check out Mystic Lovers.
Did the movie (or old TV show) Wild, Wild West get you itching to share a saddle with secret agent James West? Check out Angel in Aces Wild, part of Rebels, Rogues, and Romantics.
How about suspense, murders, living on the edge, trying to stay one step ahead of the bad guys, all with some hot romance on the side? If this is for you, check out Dangerous Encounters and Risky Encounters, both box sets with romantic suspense that will keep you gripping the edge of your Kindle.
Are contemporary romances more your speed? From puppies to young brides and…and…well, more themes than I have room for here. Kiss Me, Thrill Me, Sweet & Sassy, and Unforgettable Romances are great (and well-endowed with loads of stories).
Tired of choices?
Heck, why not make time to read them all? After all, the prices are fantastic!
All these box sets are only 99 cents each and also available on Amazon to read for free with your Kindle Unlimited subscription.

P.S. If you like to live and love out of this time era, check out my stories in Rebels, Rogues, and Romantics; Mystic Lovers, Sweet and Sassy, and Kiss Me, Thrill Me. I think you’ll be glad you did! 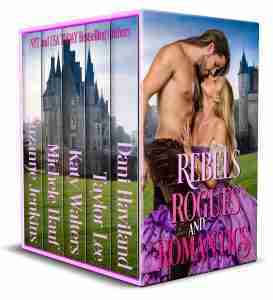 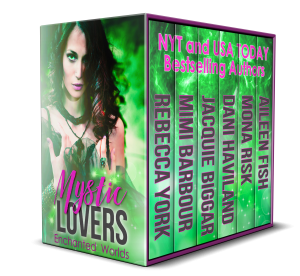 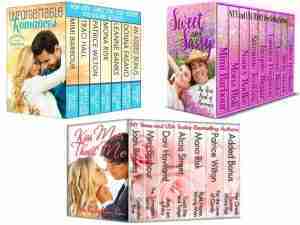 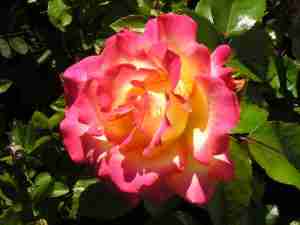 Springtime! Time for fresh roses!
But also for late frosts or snow… What a bummer, having to wait to plant bare root roses because of fickle weather patterns.
But wait! I found a solution!

I plant my bare root roses in water. This may not work in all areas of the world, but it’s a real winner in Alaska where summers (at least around Anchorage) seldom get over 80 degrees. Your best bet for success is using a higher grade rose, at least grade one and a half, so it has a good root system.

There is a problem with ‘planting’ in 5 gallon buckets (or similar sized containers), though. Mosquitoes. Those little bloodsuckers love standing water, the perfect incubating area for their eggs and larvae.
Goldfish to the rescue! You can buy feeder goldfish at pet stores or larger Wal-marts for about ten cents each. I put a couple in each bucket of water and let them eat any mosquito larva that appear. 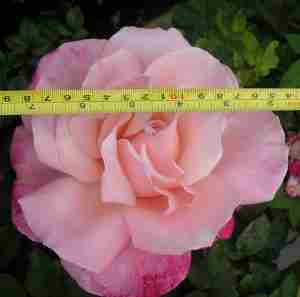 There is an added bonus to the goldfish. Not only does their swimming keep the water from becoming stagnant, the by-product of their feasting (fish poop) is an ideal fertilizer. My Queen Elizabeth roses were nearly seven inches across one year!

Also, it’s fairly simple to move the containers inside if the forecast is for freezing temperatures. This works on both ends of the growing season. You can also ‘chase the sun’ if their once sunny spot becomes too shady later in the season. Note: all roses need at least six hours of sunlight.
Be aware, though. This method only works for one season. You are essentially forcing the roses to grow and there isn’t enough nutrition in the water to replenish the plant for a second season. If you’d like, you can plant the roses in the garden anytime, but at least six weeks before the first hard freezes. It takes at least that long for soil-feeding roots to become established. If your winters are mild, you will probably have success. However, if you have six months or more of sub-freezing temperatures, I recommend just tossing the plant in the dumpster. The stems and thorns are too tough to compost.
The blooms you get from growing your own roses may not be as fancy as the ones from the florist, but if you’ve chosen well, they’ll most certainly smell better.
More pictures and detailed ‘planting’ information at www.growalaska.net and www.chilloutroses.com. Note: emails and phone numbers are not correct. These are old sites for reference purposes only. I no longer sell roses, either.

Here’s a pretty bunch of roses for you! Yours for only #99cents! 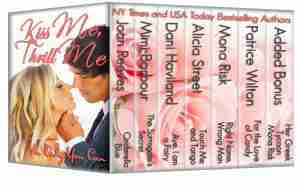 Kiss Me, Thrill Me: As Only You Can. Seven great stories by USA Today and NY Times best selling authors. Available exclusively on Amazon (and for a limited time).

After my annual ritual of watching Fred and Bing do their song and dance thing in Holiday Inn, and then seeing Alastair Sim morph from the meanest to the sweetest man in London, it’s time for a cookie break.

The holiday season always brings to mind my childhood days of baking Christmas cookies with my mom and sisters, the house all warm and cozy, carols playing, and evergreen tied with red ribbon on the windows.

Sugar cookies are the most fun to decorate, and poppyseed wraps are great with hot cocoa, but my very favorites are almond crescents.

Here is an easy recipe that’s been in my family for generations.

Now that my sisters and I live miles away from each other, I like to read—and write—holiday romances that fill me with Christmas warmth and cheer. I’ve put four of my Holiday Luv stories together in a bundle, and speaking of recipes, one reviewer said these were “just the right recipe to get me in the Christmas spirit.”

My latest Holiday Luv novella is part of the Love, Christmas collection, where each book in the set based on a Christmas carol. 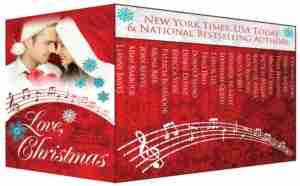 Quick! Think of a Christmas song!

Now, not so quick, find your favorite one that is really about Christmas. If you’re like me, the two weren’t the same. It’s also quite possible that the first one you thought of wasn’t even a Christmas song, but rather a seasonal tune about winter.

The first song I thought of was Jingle Bells. Hmm. Not really Christmas-y, is it? Nowadays, travel over white and drifting snow usually means sitting in a four-wheel drive vehicle as it roars down the highway, not snuggled in a blanket, sleigh bells jingling, as a horse with an innate sense of direction brings you home in a fancy sled.

My favorite Christmas carol/tune is Little Drummer Boy. I guess it is popular with other folks, too, but Debbie Haston was the first to choose it in the Authors’ Billboard contest, so my book is dedicated to her. The song’s soothing tune blends well with its simple message. Thanks for entering, Debbie!

In this classic song, the little drummer boy was poor, but talented. He had no money, so instead shared his gift. The generous young man didn’t do it for attention. His parents didn’t coerce him. He did it out of love for the new-born king.

I always identified with the drummer boy in the song. We were poor when I was a kid, but I didn’t know it. I had siblings to play with, food to eat (even though it was often beans), and a dog. What else could anyone want besides the occasional soda or ice cream treat? We got gifts for Christmas, mostly pajamas and underwear, but Mom made sure we got at least one toy. We also had special food (turkey and real butter!), decorated a tree, and sang songs.

What I remember most, though, is being together. And healthy. Everything else was just stuff that was soon forgotten, broken, or thrown away.

The card Mom made for her mother when I was three years old is still one of my most prized possessions. Inside was a picture of Mom’s three treasures: her first three children. A store bought card would have been lost or tossed long ago.

In my contribution to this boxed set the reader discovers how a 1780s family in North Carolina celebrates Christmas, and why love and giving of one’s self is more important than fancy wrapping paper and high dollar gifts. Little Drummer Boy, part of the Love, Christmas – Holiday Stories That Will Put a Song in Your Heart. Introductory priced at only 99 cents.

And remember to have a safe and friendly holiday season, no matter where (or when) you are.