Yes, for authors October is the month we aim for when releasing a Christmas book, and since I finished my latest Christmas story just today, I figured I’d include previews of my two new books, both from the bestselling, award-winning Two Hearts Wounded Warrior Romance Series. 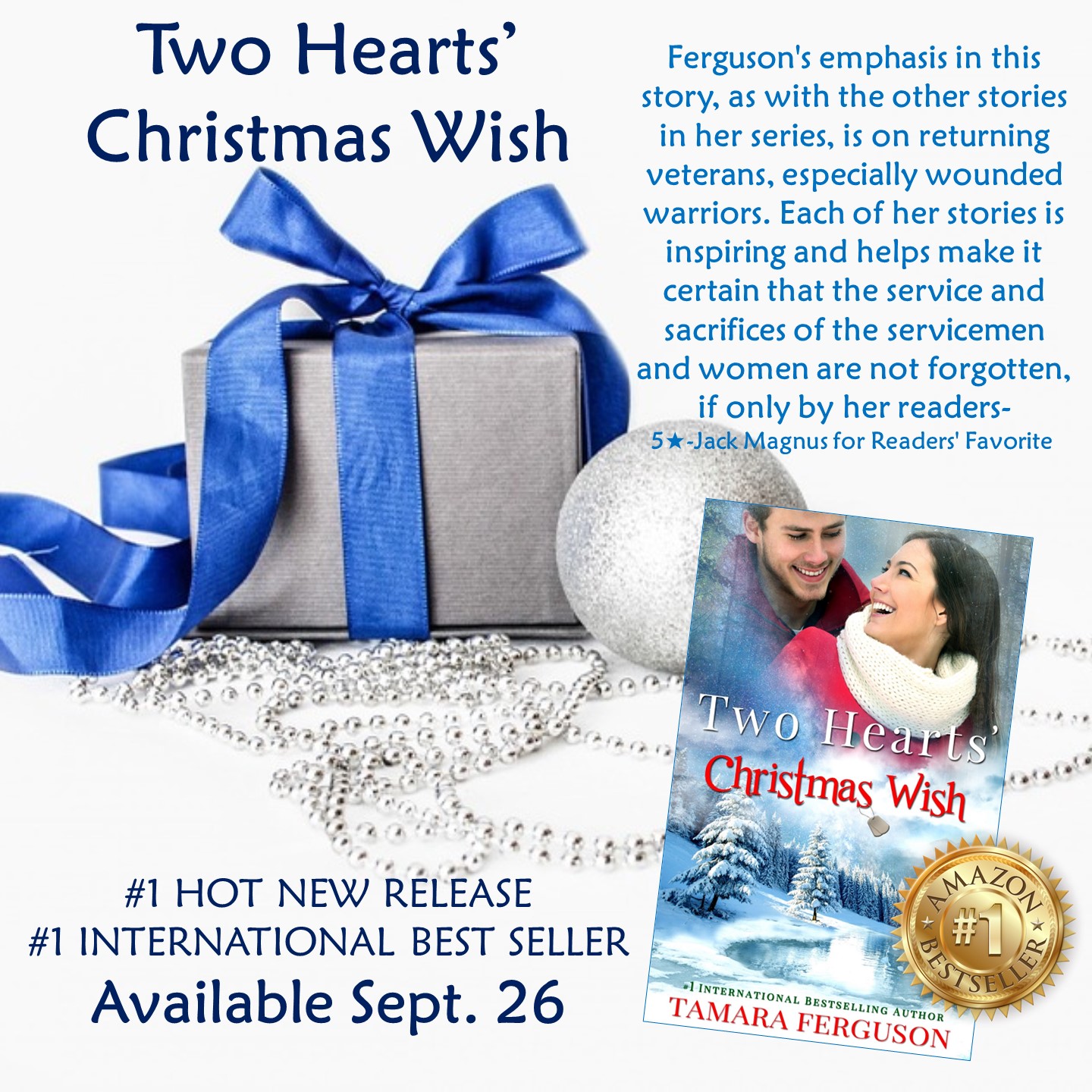 Seventeen-year-old Jason Matthews made a wish when he’d shared a kiss with Katherine Conlin under the mistletoe at Dragonfly Pointe fourteen years ago. Now an Air Force Captain and wounded warrior, he awakens in the hospital in Germany where his dreams have been invaded by the girl from his past. Once he returns home to the states, he finds out approaching Kat might be a little more difficult than he’d thought since she’s been in a long term relationship for nearly two years. But another year later when Jason discovers she’s on her way to the Dragonfly Pointe Inn for the Christmas holidays without her boyfriend, he seizes the opportunity to become reacquainted. Kat had been expecting a proposal this Christmas, and when her boyfriend backs out yet again on the carefully laid plans she’s made for them, she realizes she probably wouldn’t have been happy with him anyway. Kat has often wondered what happened to Jason Matthews, the boy she’d made a wish with years ago, and the last thing she expects is to run into him again at the Dragonfly Pointe Inn. Will there still be that special Christmas magic between them to make those long ago wishes come true?

My latest release is

Josh Loughlin, a blind wounded warrior, has returned to Crystal Rock where Nurse Nina Chandler helps him confront the demons from an abusive past.

But it’ll turn out to be a Christmas they’ll always remember. 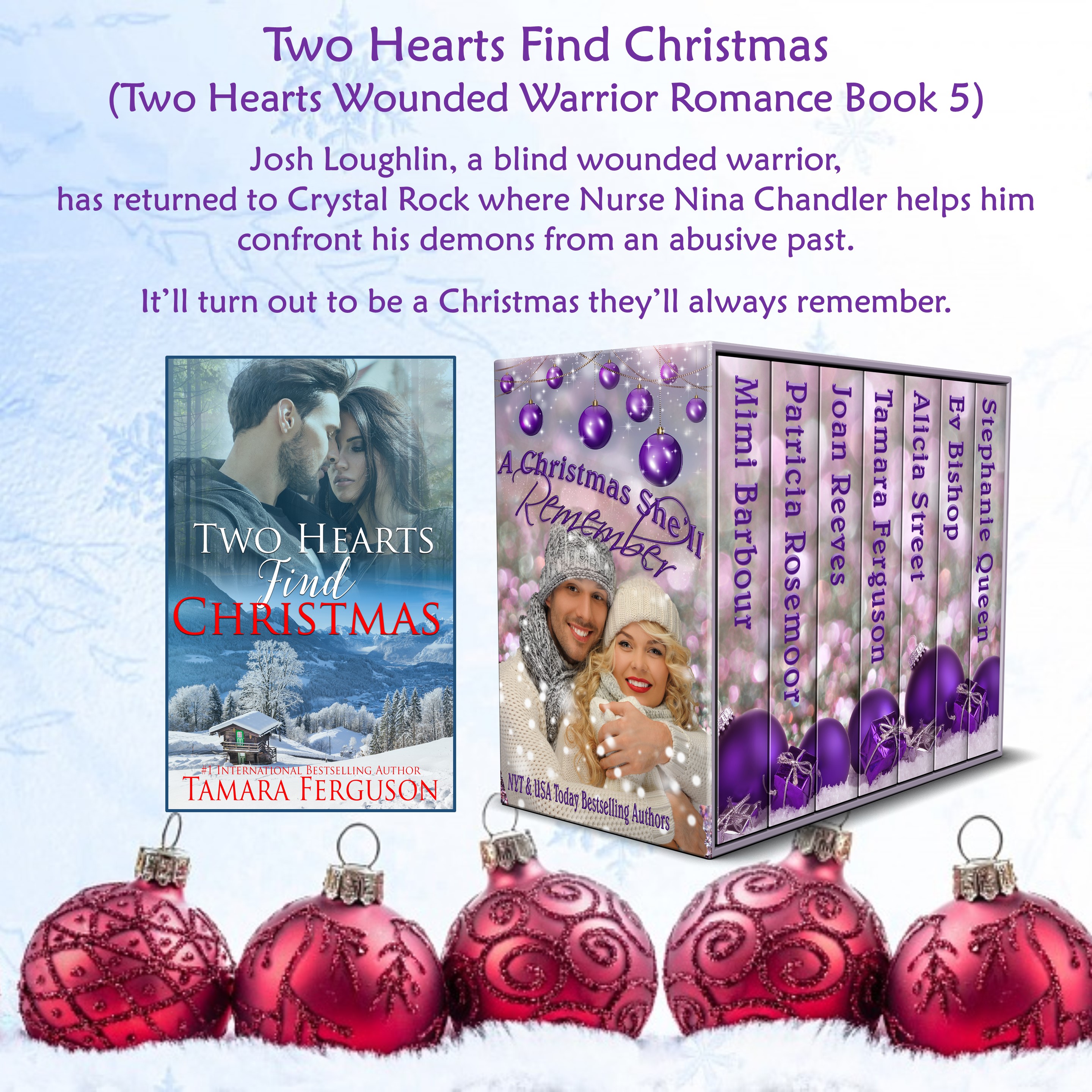 “No, Josh. I’d never laugh at you—only with you.” She took in a deep breath. “I’m pretty sure that I’m in love with you, you know.”

“Well, I’m not pretty sure I’m in love with you,” Josh answered.

“I’m positive that I am,” he muttered fiercely.

This story will be part of the new exclusive

It will be coming out in (you guessed it) October!!