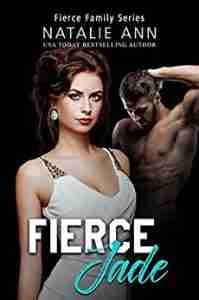 Jade Fierce thought she had it all. Many looked at her and assumed the same thing. She’s been misunderstood her whole life and was just sick of it. With all her brothers sliding into love around her, the dreams she’s had of wanting the same were suffocating her. But the last thing she plans on having done is her parents setting her up!

Brock James’s life changed forever the day a bomb exploded leaving him injured. With his military career over, he sets his sights on a new adventure. This one needing some help from none other than the sexy engineer he was partnered with at his best friend’s wedding the previous year. Only now he is worried she’s going to find out her parents might have had a hand in it and want nothing to do with him.