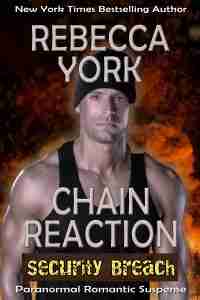 Gage Darnell never should have taken the job of security chief at Cranesbrook defense contractors. And when he rushes into the lab after a secret project goes up in smoke, he’s exposed to vapors that leave him with a strange new power. But that’s only the beginning of his problems. He wakes up confined to a mental hospital, and after he breaks out, he’s framed for murder. His only way to escape from the cops is to “kidnap” his wife, Lily, who thinks he’s crazed and dangerous. Will she trust him enough to come back to their marriage bed and then help clear his name and save both their lives?

On sale for 99 cents