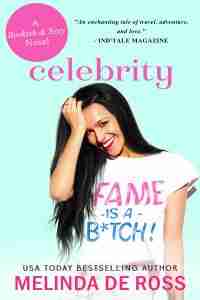 The journey of a young writer who trades her simple existence in Chicago for the glamorous Hollywood life, full of luxury and scandal.
Within twenty-four hours, Kendra Kensington’s life changes drastically. She lands a million dollar contract for her latest novel, now on the road to becoming a movie, catches her boyfriend in bed with another woman, and decides to move across the country from Chicago to California. But the City of Angels harbors more demons than she had imagined.
When she meets Blake Tyler, the famous movie star she’s secretly crushed on for years, she thinks her attempt to rebuild her life may just be on the right track. However, the past and the present seem to be conspiring against her and happiness may be harder to achieve than she thinks.

The Bookish & Sexy collection is a compilation of chick-lit/romantic-comedy stories featuring sexy bookish women, who don’t realize how appealing they are…
The books can be read in any order.