I love Christmas, don’t we all? But, yup, the Christmas holidays are my absolute favorite. I was born in England but have spent Christmas in a number of different countries, England of course, but also France, Singapore, and America. What I most love about Christmas is the nuances in traditions that people have.

Even back in my home country, they differed from region to region, and family to family. Some of my favorite in the UK was making Christmas puddings, mince pies, and a Christmas cake. We used a lot of dried fruit and a lot of booze in each! Christmas was not really Christmas unless we set fire to the Christmas pudding while wearing paper crowns out of Christmas crackers.

In England, Christmas is not just a one day affair, it lasts pretty much the whole week from Christmas Eve through to New Year. Boxing Day, is the day after Christmas and there was always be a party at some relatives or another. We may not have ever had much snow to get that Christmassy vibe, but there was always lots of visits, and parties with family and friends.

One Christmas I spent in France, and was surprised by how short the holiday was. There they mainly just celebrate the day. Lots of tasty food of course, but Christmas puddings were off the menu that year.

Christmas in Singapore was fun. We lived there for a year and it made me laugh to hear the Christmas carols played on a gamelan and metallophones! These were traditional Indonesian instruments made of wood and played with mallets. They were like massive xylophones and gave the carols an off-key vibe. Singapore went long on the decorations in the malls and streets, despite Christianity being only one of the four religions of the country.

Christmas in America is different again, but after living here for fifteen years Christmas crackers, puddings, mince pies, and Christmas cake have all been infiltrated into our routine over here. One of our newer traditions, is that we all watch Love Actually on Christmas Eve, and eat Huevos Rancheros on Christmas morning. Our feast has changed too. Because we now eat Turkey on Thanksgiving with the rest of America, I usually change out the more traditional Christmas Turkey we used to eat in England, for Roast beef and Yorkshire puddings instead.

Spending Christmas in other countries has fueled my fascination about other peoples traditions, and it was what inspired me to write Dear Sinterklaas. Even though the Netherlands is a close neighbor to England, their traditions are quite different, and I had a lot of fun researching it. I chose Daan to be Dutch in the story because I adore the Dutch people and how forthright and to the point they are. His cultural differences with the second generation Greek-American, Kassandra fueled plenty of misunderstanding between the two.

Daan’s wish to win the heart of someone is not a unique wish, but I think it is probably one we have all made at one time or another. Christmas is very much a time for love and happiness, so Daan’s story gives the perfect amount of cozy feel-good-ness.

Dear Sinterklaas is one of the sweeter novels I have written and it will launch a brand new series that I am writing with a fellow author, Sarah Gai. It’s a big new venture for me as most of my romance series are very steamy. Dear Sinterklaas seemed perfect for this boxed set as no matter how many times I read it back, I get the warm and fuzzies from this sweet little tale. Maybe that is because it has more than a little nod to one of my favorite films from my childhood. The main characters in that film were Danny and Sandy, and I always loved watching and singing along to it at Christmas even though it wasn’t a Christmas story. But that’s all I’m saying, I’m sure you can guess which film I am talking about –cough–Grease–cough!

But honestly, for me, Christmas is always much better with romance, whether it is experiencing it first hand, watching it on TV (Hallmark I see you, Love Actually, I can’t live without you) or reading it – and what’s more perfect than the Dear Santa Christmas Wish Box Set!

Dear Santa is available on Kobo, B&N, iBooks, Google Play, Amazon and more use our universal link to buy from your favorite store

Daan’s Wish: Dear Santa, all I want for Christmas is my soulmate, all wrapped up with a bow!

Daan had his heart stolen by a girl on summer vacation, now it’s Christmas time, and with a little bit of magic from Sinterklaas, he hopes to make his Christmas wish come true.

Daan Zeeman is not the usual type of guy Kassandra Dimas falls in love with, but it didn’t stop them from having a sweet summer fling together. Six months later, Daan arrives in Shell Bay, having travelled from his home in the Netherlands with the hope that they can pick up where they left off.But for Kassandra, the summer is over, and she is now infatuated with a tough biker guy who will never treat her the way she deserves. If Daan is going to win her heart and prove to her that good boys are better than bad ones in order to get his one Christmas wish, then he is going to need some help, and a little bit of magic from Sinterklaas.

Want a Taste of What’s To Come…

Get the first chapters free in our Book Bites edition https://www.amazon.com/Book-Bites-13-Authors-Billboard-ebook/dp/B08KHF7P6D 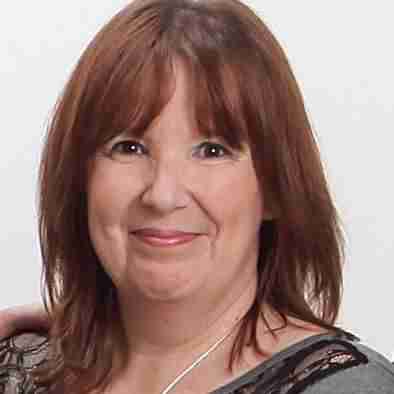