I married Mr. Travel. He grew up in Santa Barbara, California, a place many people love to visit because of the ambiance, the beaches and the weather. In fact, my father did his medical internship there and always talked about how wonderful it was. So, I was excited to meet a guy who came from “paradise.”

Here is my father in the late thirties—as an intern and dressing up for the Santa Barbara Fiesta. 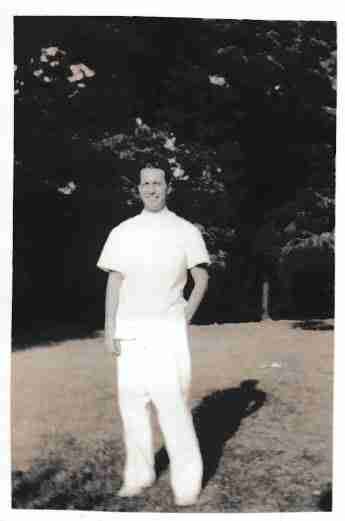 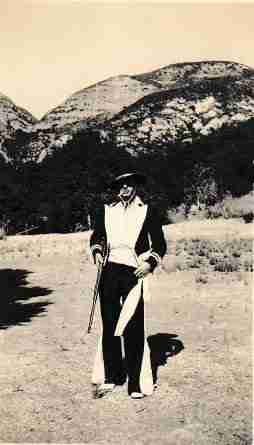 I know my mother-in-law thought Santa Barbara was the only place in the U.S. to live. In fact, she loved it so much that she never went anywhere else–-except for short trips to Los Angeles to visit relatives or to Las Vegas to play the slots.

I’ve often said that you either adopt your parents’ attitudes to life–-or you reject them. Your choice. And my husband certainly didn’t inherit his mom’s negative stance toward travel. He loves it, thrives on it, spends a lot of time contemplating and planning trips.

Perhaps that began when he was nine. His grandmother, who lived in Santa Monica, had immigrated from Poland, where she never learned to read, although she supported her three kids with a factory job for years. But when she was in her early fifties. She decided she wanted to visit her relatives in Paterson, New Jersey. How did an illiterate woman travel across the country on a train? She took her nine-year-old grandson along as her reader. They didn’t have a sleeper car. They sat in train seats for four days each way. And much of the food they ate, she packed herself. That was Norman’s first big trip, and he wanted more.

In his teens, he got a scholarship to Harvard and flew there from Santa Barbara, where he couldn’t afford to come home until the school term was over––and where he also broke his leg slipping on the unfamiliar ice. I have heard many stories about his cross-country travels back home each summer. Once he and two other guys drove from Massachusetts to California in 2.5 days, one of them driving, one of them sitting beside the driver, and one sleeping in the back—for the whole trip. And when he and a friend were leaving Cambridge after their senior year, they bought a 1939 Packard hearse and drove it across the country. His friend, a mechanical whiz, kept it going when it broke down a couple of times.

I knew what I was getting into when I married my guy with wanderlust. In our early years together, we took long road trips across the U.S. in a VW Beetle, seeing a lot of the country on our way back and forth to his hometown.

Later, we graduated to plane travel. I remember arriving at the Albuquerque airport, on a trip to Los Alamos, and marveling at how fast we got there.

Our first big cruise ship experience was a birthday present to me. Mr. Travel gave me a choice between The Greek Islands and Alaska. I picked Alaska, but we did the Greece trip a couple of years later. We’ve had memorable trips to Peru, India, Norway, France, and Germany. And now we’re getting ready to take a cruise to Antarctica. I’ll tell you about it when we get back.

Feeding a Baby Elephant in Thailand 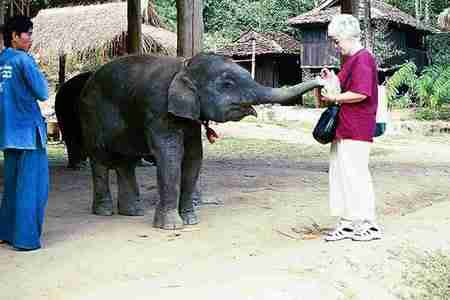 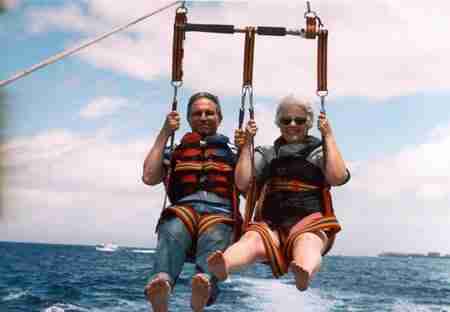 Sitting on a Camel in Egypt 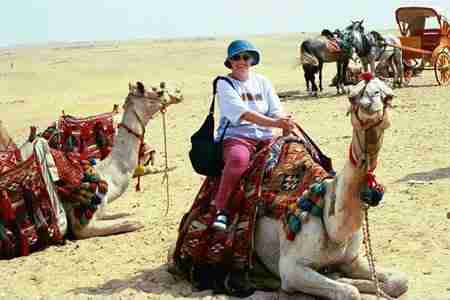