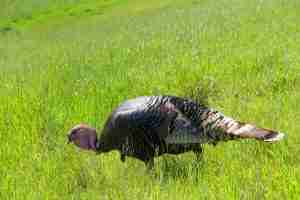 Turkeys. They aren’t the prettiest of birds, but they certainly are tasty. Turkey is generally eaten at Christmas in Canada, and buying a turkey has always been an adventure for me, but one year, it was far more than that!

Have you ever had an accident? Not with your car or anything like that, but one where you did something that seemed like the logical thing to do, only it backfired?
I’ve had more than my fair share of accidents like those. While they were humiliating at the time, eventually I was able to laugh about them and even use them in my writing.
To my credit, I’m not particularly clumsy, but I am short, and being short comes with a whole lot of problems when it comes to grocery shopping. Many items are on shelves I can’t reach,. When I was younger, I would step on a bottom shelf and essentially climbing up to get what I wanted. Sometimes, ‘monkey-woman’ succeeded; more often she didn’t. Now, when I do my groceries and find I can’t reach something, I’ve learned to ask for help. Most people are quite obliging.
But my worst all-time shopping accident occurred around Christmas about twenty-five years ago. On my way home from work, I decided to stop and pick up a frozen turkey for Christmas. They were on sale, and we all know how important bargain shopping is at that time of the year. The turkeys were in a deep, standalone freezer. Most of them had already been bought, so the rest were at the bottom. Now, to put this into perspective, I’m five foot tall—shorter now thanks to age and gravity. The freezer was a standard three feet deep one. My T-Rex Arms simply wouldn’t reach that far down, so I got the brilliant idea of jumping up on the edge and leaning into the freezer. It really did sound reasonable at the time. In hindsight, it was one of the dumbest things I’d ever attempted. Long story short, I ended up, stuck in the freezer, head and body inside, legs kicking in the air. The weight of the turkey and my upper body wouldn’t let me get up and out again. Luckily for me, a man saw my predicament and came to my rescue.
Can you imagine if such a thing happened today? How many people would snap video of the foolish lady with her upper body stuck in the freezer?
I used my recollection of that accident as a scene in my Christmas novel. Come Home For Christmas. The past ten years haven’t been good ones for Krista, and when she returns home, she’s mortified when she ends up topsy-turvy in the turkey freezer.
Has anything similar even happened to you? 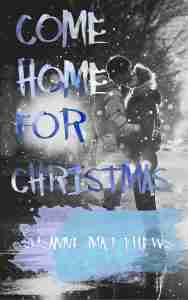 This past year has been a miserable one for Krista Jacobs, and what’s going to make it even worse is having to spend Christmas at Seven Oaks, the Alberta ranch that was her home until her uncle tossed her out on her ear before her nineteenth birthday. But Uncle Charles is gone and has left her something in his will—something she can only have if she spends Christmas at the ranch with Ethan Terrance, her step-cousin, and the man she’d hoped to marry ten years ago.
When Charles Terrance died, the last thing Ethan expected to discover was that not only had his dad sabotaged his relationship with Krista, he’d cheated her out of the inheritance that should’ve been hers ten years ago. Since Ethan’s never been able to forget the woman he loved, he’ll do whatever he has to in order to make things right—including having his lawyer send her a request she can’t ignore. Krista has to come home for Christmas.

Like all of my books, Come Home for Christmas is available exclusively from Amazon or free to read on KU.

6 Replies to “Accidents Do Happen!”