I Have Two New Releases In Romance Suspense!!

I’m excited to say I’ll be a part of at least two of them this year.

Is a purely fictional resort town where my stories take place. The Dragonfly Pointe Inn has been restored, and in the process, it’s discovered that a human trafficking ring has been operating in the area during the years when the inn was abandoned.

Or has the trafficking been going on for much longer?

I do weave a slight element of fantasy through my stories.

Once two lovers kiss at Dragonfly Pointe? Their love is meant to last forever.

Based loosely on a town where I spent my summers growing up, Crystal Rock symbolizes the magic I felt during the years our extended family owned cabins in Northwest Wisconsin beginning in the early 1900’s. And the inspiration for the Dragonfly Pointe Inn? Another family vacation etched in my memory from a visit to Mackinac Island, the home of the Grand Hotel.

Setting the scene for both romance and suspense, the backdrop is one of the most important elements in my stories. As a former horticulturist, I’ve always had a deep connection with nature, so I actively use sensory images not only to introduce the setting of my stories, but to enhance the romance. There’s the scent of the air, and the beauty of the surroundings, the rustle of squirrels scampering through the branches of trees~even when they’re young, my characters take their cues from nature when they’re fated to fall in love. 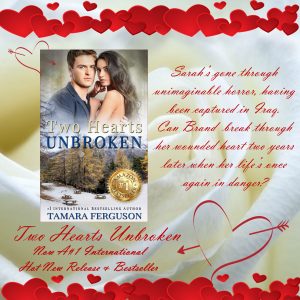 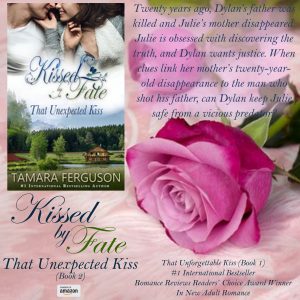 Here are some excerpts:

INTRODUCING THE CHARACTERS AND LOCATION:

From-Tales of the Dragonfly In Flight (Romance Suspense)

~The golden orb of the descending sun spun out radiant iridescent beams of light, firing the sky ablaze atop the tranquil sparkling waters of Crystal Rock Lake.

Strolling side by side, Sam Danielson and Penny Wentworth halted under the very arbor where Jake Loughlin and Danielle Reardon had been married earlier that day. Framed by the backdrop of the picturesque Dragonfly Pointe Inn, they both stood mesmerized gazing at the glorious sunset from their perch above the steep rocky shore.

~Under the dense shade of the towering white pines, the waterfall spilling wistfully into the lake nearby enhanced the enchantment of their surroundings. Providing ambiance for wedding festivities, sparkling miniature lights shimmered overhead and around the inviting wrapped porch of the inn. With glowing radiance fading into dusk, at that moment, the atmosphere surrounding the inn exuded a mysteriously magical quality.

~Kelly stared at the sunset overlooking the lake–the backdrop for the wedding was absolutely enchanting. As iridescent light spun from the slowly descending sun, a shimmering purple haze danced across the lake like fire. Glancing down at the rosy-purple gown she wore, she noticed that the beading sewn into the bodice glistened, as it was struck by the shimmering light from the sun.

~Beams of misty light threaded through dense fog as sunrise began to dimly light up the horizon. Along the shoreline where birdsong echoed, wildlife stirred, rustling awake with the first light of dawn. As Crystal Rock Lake magically came to life, Kate Callahan sighed contentedly. She loved this time of the day. There was absolutely nothing more beautiful than the sun rising over the lake. Inhaling an invigorating breath of the crisp morning air, she settled back in her seat and slid the key into the ignition. When the engine surged to life, she slipped the inboard into gear. Holding steady while slowly easing away from the pier, peering cautiously through the windshield, she sliced through the denseness of fog maneuvering her vessel through the murky shadows. As she steered further away from the shoreline, the fog began to mysteriously dissipate, drifting upward into swirling waves.

Finally, the fog abruptly disappeared. Blinded by the glare from the rising sun, Kate shoved on her sunglasses and lifted her face into its warmth. With the visibility clear, cranking the motor into high speed, she deftly spun the wheel steering on toward Dragonfly Pointe.

SETTING THE SCENE FOR ROMANCE:

~And then, he kissed her. Drowning out the beauty from the sliver of the moon overhead and the brightness of the stars, there was only this mesmerizing magical moment. Beneath them, the secreted creatures hovering in the depths of the shadowed lake stirred an occasional ripple. But to Penny and Sam, both spellbound, the splendor of nature dimmed. Penny’s unexpected passionate response seemed to throw Sam completely off balance while Penny’s lips eagerly responded to the deepening of his kiss.

AND WHEN THEY’RE KISSED BY FATE:

~After glancing over at the park, Kelly hesitated, before stepping towards him, and gazing down to where he sat, hunched over in the sand. “Thank you for saving me,” she said, softly. At that moment, the sun broke through the clouds. A beam of light shown down brightly on Kelly, leaving her backlit by a smoky-blue haze. But the strange thing about it was, Luke wasn’t seeing her as a pretty little six-year old girl anymore. He was envisioning her as the beautiful woman she’d undoubtedly be someday. Her white-blonde hair was dancing over her shoulders, but her fiery-blue eyes were staring accusingly into his. Luke blinked, before shaking his head in disbelief. He was exhausted, and most likely delirious. He swallowed uncomfortably. But maybe it had something to do with the magic that he’d sensed here at Dragonfly Pointe? Suddenly, he became aware of the soft, light brush of Kelly’s lips on his shoulder; like the touch of a butterfly, as she kissed him gently on one of his wounds. Luke felt a strange sense of longing. Her kiss made him feel like he’d been blessed–like its power could heal all his wounds. And unexpectedly, his eyes began to fill with tears.

From Tales of the Dragonfly In Flight~Ignoring a sudden shiver of apprehension, she stopped along the path and stared at the steep turbulent drop where water foamed at the base of the falls. The beauty of it all was magnificent, she had to admit. Half-ripped from its anchoring, a trunk of an enormous pine had dropped across the more dynamic division of the river. Had the tree become uprooted in the storm last night? Surveying the area, Vanessa noticed an assortment of felled trees and ripped branches strewn across the path ahead.

It was certainly much cooler today, she observed, beginning to shiver. With the threat of additional storms forecast for this afternoon, Vanessa turned her gaze upward. Sure enough, the clouds were darkening in the sky.

Staring across the river, she noticed two rather proficient teenagers steering a canoe through the current.

But Vanessa was becoming uneasy. The water alongside the opposite riverbank appeared deceptively calm as opposed to the shoreline belonging to the Riverbend Lodge. The actively raging current of the river crashed turbulently against the outcrop where she was standing.

Suddenly aware of intense pain pinching her windpipe, Vanessa was unable to scream in protest.

Gazing down gradually in a daze, she felt like she was moving in slow motion observing a flowering bloom of red sponging through the white of her tunic.

Vanessa could feel herself fading from far, far away.

Releasing a strangled gasp, she silently collapsed onto to the ground.

Along with the 2015 Romance Reviews Readers’ Choice Award Winner That Unforgettable Kiss, Two Hearts Surrendered and Two Hearts Unspoken were also finalists for the 2016 IAN Book of The Year. Tales of the Dragonfly In Tandem was a romance finalist in the Indie Excellence Awards, while Tales of the Dragonfly In Flight was a Romance Suspense Winner at the Readers’ Favorite International Book Awards.

A member of the RWA, the Authors’ Billboard and the Independent Authors’ Book Network, her stories have been included in several #1 bestselling anthologies.

Since she remains a full-time caregiver for an autistic son (along with a bunch of adopted pets!), you can usually find Tammy working at home, where she spends a lot of time not completing her numerous home improvement projects, because she’s writing or helping author friends promote their books on twitter.